Making the world a better place, one squirrel at a time.

Anything that has Nothing to do with archery!
Forum rules
No political rants, discussion or arguing.
Post Reply
2 posts • Page 1 of 1
Message
Author

Making the world a better place, one squirrel at a time.

I had laid off squirrel hunting, primarily because my freezer is full of them, but a person can only take so much goading. I was out shooting my longbow Sunday morning and the trees around me were full of bushytails running around doing bushytail things. I resisted temptation as long as I could and then went and loaded up Miss Daisy, my 32 squirrel rifle. I normally don't get her out until later in the season when the squirrels are cutting nuts and sitting still, but I thought that this way I would be giving them a sporting chance. I killed one before I started to melt and called it good. 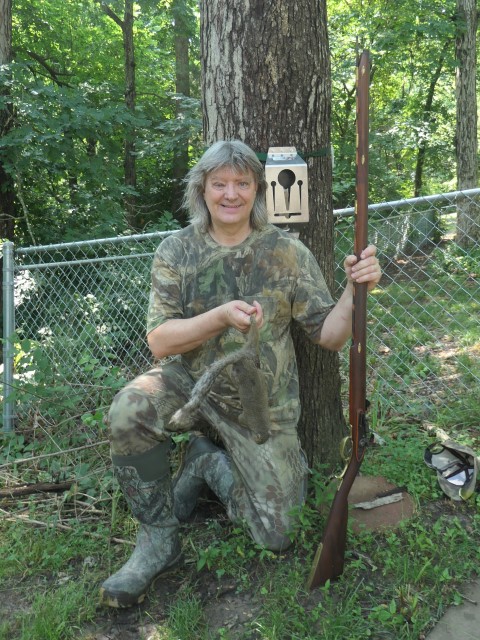 After that, it seemed like every time I stepped outside there was one piddling around close. I especially noticed a lot of activity in my peach trees where the rodents were helping themselves. I still had a load in Miss Daisy that I needed to get rid of and I figured I might as well put meat in the freezer while doing it. Late yesterday afternoon I decided I had better get my gun unloaded so I went out in the dog yard to see if I could find a peach stealer. When I got to that corner of the yard, I disturbed 4 of them! I knew they weren't too scared so I just waited a bit and one came back to get another peach. As Jerry Clower would say, "The Lord called the poor thing home."

Notice my fancy hunting clothes. As you can see, they are not really needed as my house butts up right against the woods. 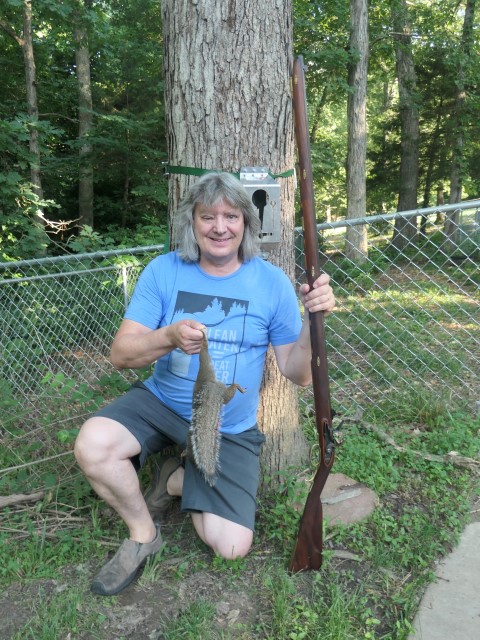 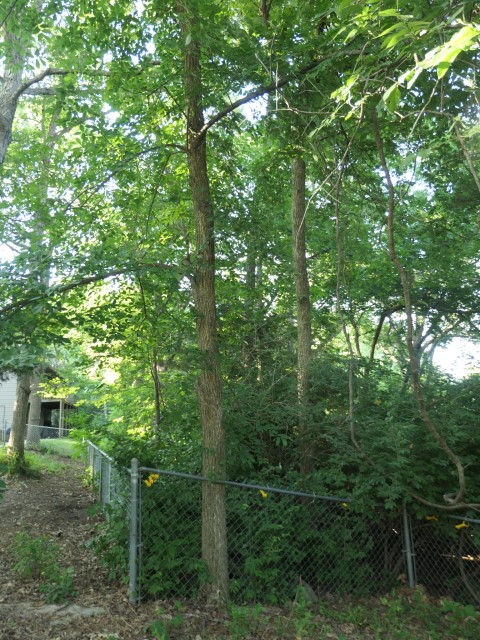 I shot him out of that hedge apple tree as he was planning his next heist. 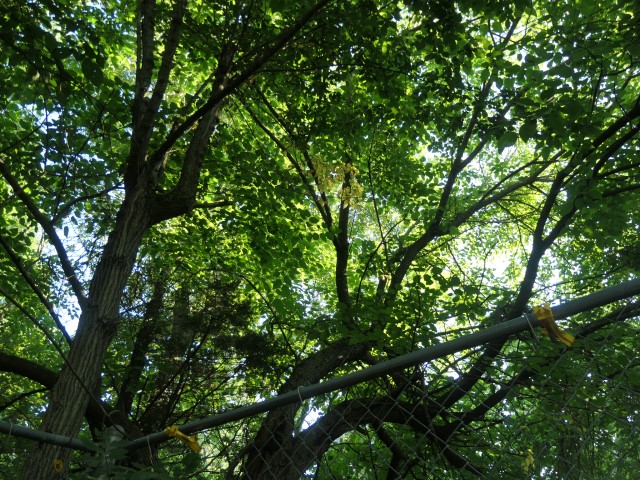 Re: Making the world a better place, one squirrel at a time.

I wish I could do the same in my yard, Darren! However, the city fathers would likely frown upon such activity despite the fact the squirrels are merciless in their onslaught of budding pears and bird feeders.
Aim small, miss small!
Top
Post Reply
2 posts • Page 1 of 1